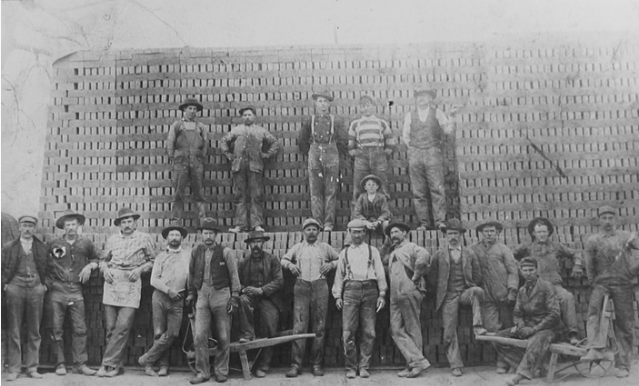 As a family-owned company, we grew up around bricks. We know the ends and outs of what it takes to create a great clay fired brick, but the history of brickmaking goes back WAY more than just us 😉

Bricks are one of the oldest building materials. The first bricks ever found were around Jericho, and were created using mud and the sun. BrickDirectory.co.uk says that, “The Ancient Egyptians also used sun dried bricks as building materials, evidence of which can still be seen today at ruins such as Harappa Buhen and Mohenjo-daro.” However, these sun-dried bricks had a shorter lifespan as the mud would wear away with the weather. Eventually the use of a kiln was used to give bricks a longer lifespan. The use of a mobile kiln helped introduce brickmaking to the rest of the world. Because of that, we started to see different styles of architecture come about- Gothic Architecture and Brick Renaissance for example.

Today, Summit Brick uses a mixture of clay, sand, and water to produce our bricks. Our beehive kilns were updated in 1964 to tunnel kilns in order to lower our handling costs, add better fuel efficiency, and help create a more uniform brick. With the use of modern controls and a computerized production, our capacity has grown to over 20 million bricks per year. Summit Brick celebrated our 100-year Anniversary back in 2002 and we cannot wait to see what the next 100 brings!